The 7 Fastest-Growing Cities in Arkansas

The 7 Fastest-Growing Cities in Arkansas

Referred to as “The Land of Opportunity,” Arkansas is known for its diamond mines, being the home of Walmart, and Hot Springs National Park. With so many great cities to choose from, it’s no surprise that nearly 3 million people call this state home. If you are looking to move to Arkansas, we’ve got a list for you. We compiled the 7 fastest-growing cities in Arkansas which saw the largest population increase from 2017 to 2021. From Bentonville to Little Rock, see what cities made the list. 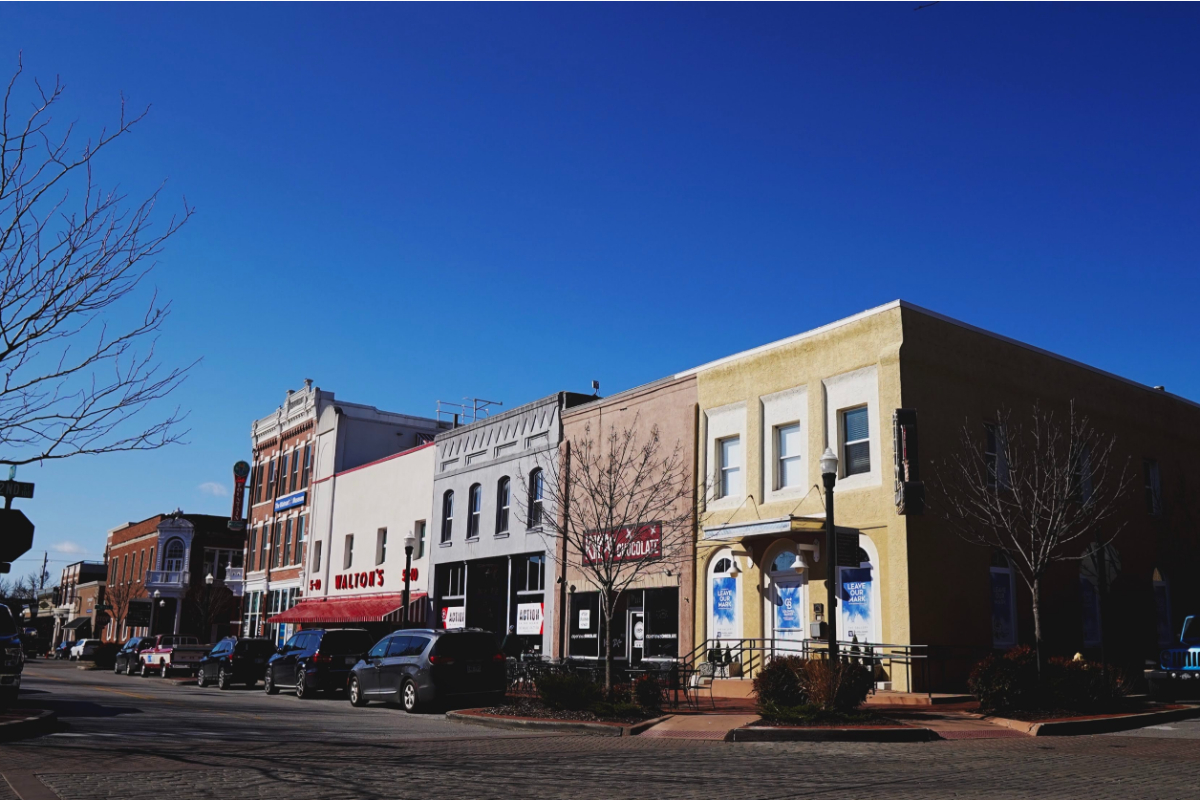 Taking the number one spot is Bentonville, AR, which is known as the Home of Walmart, the largest retailer in the world. The city was once a sleepy Arkansas town but has now transformed into a bustling small city. It currently has a population of around 56,750, which is an increase of 15% from 2017.

There are many reasons why people are calling Bentonville home as there is a handful of wonderful parks like Dave Peel Park, Orchards Park, and Park Springs and a bustling arts and entertainment scene with museums and venues like Crystal Bridges Museum of American Art, Scott Family Amazeum, The Walmart Museum, The Momentary, Meteor Guitar Gallery, and Arend Arts Center. There are also many unique restaurants to try, such as Tusk & Trotter American Brasserie, Oven & Tap, and The Hive.

Home to the University of Arkansas, as well as for a lively downtown scene which features a variety of shops, restaurants, and bars, Fayetteville, AR takes the second spot of the fastest-growing cities in Arkansas. Fayetteville saw an 11% increase in population to its current population of around 95,250.

There are countless unique things to do in the city, such as strolling at Wilson Park, Walker Park, and Lake Fayetteville Park, enjoying a delicious meal at Hammontree’s Grilled Cheese, Pesto Cafe, and Hugo’s, checking out the arts and entertainment at Arkansas Air and Military Museum or catching a show at Walton Arts Center, George’s Majestic Lounge, and JJ’s Live.

Springdale is well known for its scenic beauty, outdoor recreational opportunities, and friendly community. There are countless things to check out in the city that will keep you entertained. If you want to try a local favorite restaurant, check out Neal’s Cafe, Susan’s Restaurant, and Wagon Wheel Country Cafe. After a delicious bite, you can visit parks like Murphy Park and J.B. Hunt Park. Lastly, be sure to watch a show at HBHS Marsha Jones Performing Arts Center.

Known for being nestled in the middle of Northwest Arkansas in the Ozark mountains, Rogers, AR is fourth on the list of fastest-growing cities in Arkansas. Rogers’s current population is around 71,100, which is a 7% increase since 2017.

There are a lot of unique activities in Rogers, from venturing into Lake Atalanta Park & Trails, Tower Park, and Olve Street Park to grabbing a bite to eat at Mirabella’s Table, Fish City Grill, and Parkside Public. If you love the arts and entertainment scene, be sure to check out Daisy Airgun Museum, Rogers Historical Museum, The Walmart Arkansas Music Pavilion, and Arkansas Public Theatre.

If you’re looking for a great place to live, look no further than Jonesboro, AR. The city is best known for being the home of Arkansas State University and is the fifth fastest-growing city in Arkansas. Jonesboro saw a 4% increase in population since 2017 and currently has about 79,400 residents.

Wondering what’s there to do in Jonesboro? There are many activities that are sure to excite from taking a stroll through Craighead Forest Park, Joe Mack Campbell Park, and Miracle League Park to watching a show at the Fowler Center, to eating a delicious meal at Skinny J’s Jonesboro, The Parsonage, and Omar’s Uptown.

Sixth on our list is Fort Smith, AR which is well known for its Western heritage and for being a gateway to Oklahoma. It is also known for its two universities, the University of Arkansas at Fort Smith and Arkansas State University-Fort Smith. You’ll find a lot of unique activities in the city, such as trying local cuisine at Rolando’s Restaurante, Calico County, and Bricktown Brewery, checking out a museum, including the Fort Smith Museum of History, Fort Smith Trolley Museum, and Fort Smith Regional Art Museum, strolling through Creekmore Park, Carol Ann Cross Park, and Ben Geren Regional Park, or watching a show at The Sound Room, TempleLive, and Riverfront Amphitheater.

Fort Smith currently has a population of nearly 89,600, which is a 2% increase. Little Rock, AR is the seventh fastest-growing city in Arkansas and is the state’s capital. Little Rock has a population of around 202,00, seeing a 2% increase.

You may be wondering what there is to do while living in Little Rock. There are many things from visiting museums like the Museum of Discovery, Historic Arkansas Museum, and Old State House Museum to lazing at Allsopp Park, Julius Breckling Riverfront Park, and Boyle Park. Make sure to grab a quick bite at The Pantry Restaurant, Kemuri, and Three Fold Noodles + Dumpling Co.

Methodology: Population growth was calculated over a 5-year span (2017 vs. 2021). Only cities with a population of over 50,000 were used, as anything smaller is considered a town. Population data sourced from United States Census Bureau. Median home sale price data from the Redfin Data Center during August 2022. Average rental data from Rent.com during August 2022.

How to Buy Your First Home Like an Economist

35 Things to Add to Your New Construction Walkthrough Checklist