William Forsythe, the actor known for roles in “The Man in the High Castle” and “Boardwalk Empire Star,” listed his lakefront home for $295,000.

Stars, they’re just like us–they have family vacation homes with loads of sentimental value that are hard to say goodbye to when the time comes.

That’s the case with actor William Forsythe, best known for his roles in “The Man in the High Castle,” “Boardwalk Empire,” “Raising Arizona,” and “Dick Tracy.”

Forsythe just listed his longtime family summer home on Arkansas’ Greers Ferry Lake on Redfin. “It was our family hideaway for 22 years,” he said. “It’s a loved property and home, but the time has come for a new owner.”

The house, a three-bedroom ranch, feels like a cozy, woodsy cabin, with stone flanking the entrance, wood-paneled interiors and a central fireplace.

“This property is a hidden gem, located directly on one of Arkansas’s favorite water playgrounds,” said Redfin agent Bonnie Nixon. “It has enough space to entertain friends and family, but is still small and secluded enough to get away from the hustle and bustle of life, and take in some rest and relaxation.” “It’s an awesome place, just under 14 acres, with a park-like setting of open land, forest and lake,” he said. 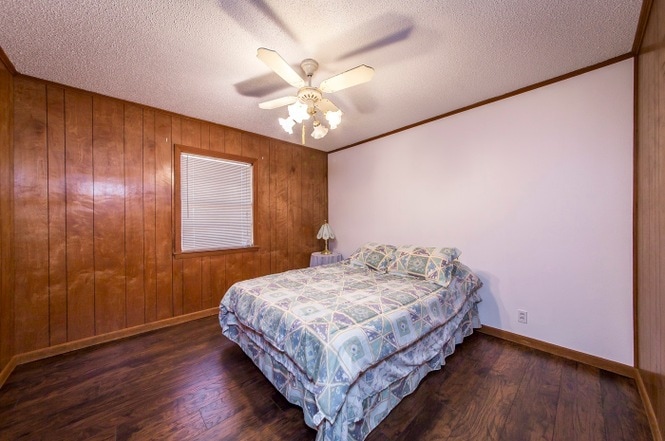 While it’s listed as a three bedroom, there’s an extra room that could easily be used as a fourth bedroom. We could certainly picture packing a picnic for a day on the lake in this rustic kitchen. Come winter, curl up near the fireplace in one of two living areas. Want added warmth? There’s also a connection available for a wood-burning stove. In back, there’s also a large barn for parking, storage, livestock, or other activities. Said Forsythe, “it was even used as a boxing camp one season.” Above all, the country home is a place to make memories, Fosythe said. “Make it yours. I hope you dance.”

How Recession-Proof is Your Home?

Want Outdoor Space? These Are the Top 10 Cities to Find a Home with a Deck