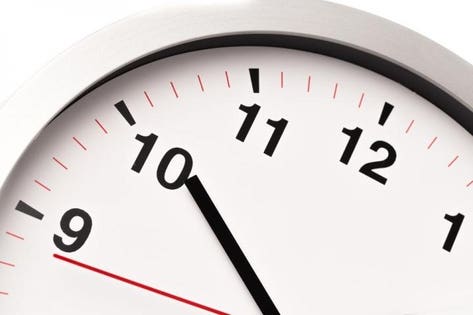 Last week’s massive dip in mortgage rates apparently pushed homeowners into action. According to new data from the Mortgage Bankers Association, refinancing was up 39% last week—hitting its highest point since January 2016.

Overall refinances accounted for nearly half of all mortgage applications—47.4%, specifically. For mortgage lender Better.com, the refi surge was even bigger. The company saw refinance loans make up 56% of its total loan activity in March 2019. In total, Better.com had 893 refinance applications for the month.

As Sathi Roy, Better.com’s head of refinance explains, “In the mortgage landscape, rates are king, and what we’re now seeing is that anyone who has thought about refinancing in the past year is now taking action on it.”

But rates are only the starting point. According to Roy, “learning from the mistakes of 10 years ago” is also what’s at work. With many experts saying a recession is looming. “People are trying to get ahead of what we experienced in 2008,” Roy said. “People are now starting to understand the importance of home equity and that a mortgage isn’t just a mortgage.”

Other major drivers of refinancing including divorce, the desire to tap into home equity for renovations or just the hot spring homebuying market.

“We see a spike in refinancing in the springtime, which is the busiest homebuying season,” Roy said. “Some people tap into equity of their house to buy a second house. Why save $100,000 when you’re already living in it?”

All About the Urgency

But refinancing wasn’t the only area to see a jump last week. According to the MBA, purchase loans were also up for the week. Total purchase activity was up 3% over the previous week and 10% over the year.

According to Joel Kan, associate vice president of economic and industry forecasting at MBA, “There was a tremendous surge in overall applications activity, as mortgage rates fell for the fourth week in a row—with rates for some loan types reaching their lowest levels since January 2018.”

Another notable stat? Average loan size on those purchase applications was down. And according to Kan, that’s a sign.

Still, despite this slight uptick in buying activity, Roy says the real urgency is for refinancers.

“The rate environment is tied to many different things, including the global economy, so although I cannot say with 100% certainty that rates will continue on this trend,” Roy said. “What I can say is that the cost of waiting is higher than the cost to put yourself in a better position. Now is the time to refinance.”

Alma Maters For Sale: America’s Small Colleges Were Already Hurting Pre-Covid. Things Are About To Get Worse.