Is Minneapolis a Good Place to Live? 10 Pros and Cons of Calling the Twin Cities Home

Is Minneapolis a Good Place to Live? 10 Pros and Cons of Calling the Twin Cities Home

Does Minneapolis have more to offer than long winters and pro sports teams? You betcha. Minnesota is a massive state with many rural areas, but the urban region is truly metropolitan and has long flown under the radar. Whether you prefer a stylish North Loop condo or want to spread out in an affordable suburb, you can find plenty to love in Minneapolis. Of course, the Great White North also has some potential drawbacks, so is Minneapolis a good place to live for you? Read on to find out. 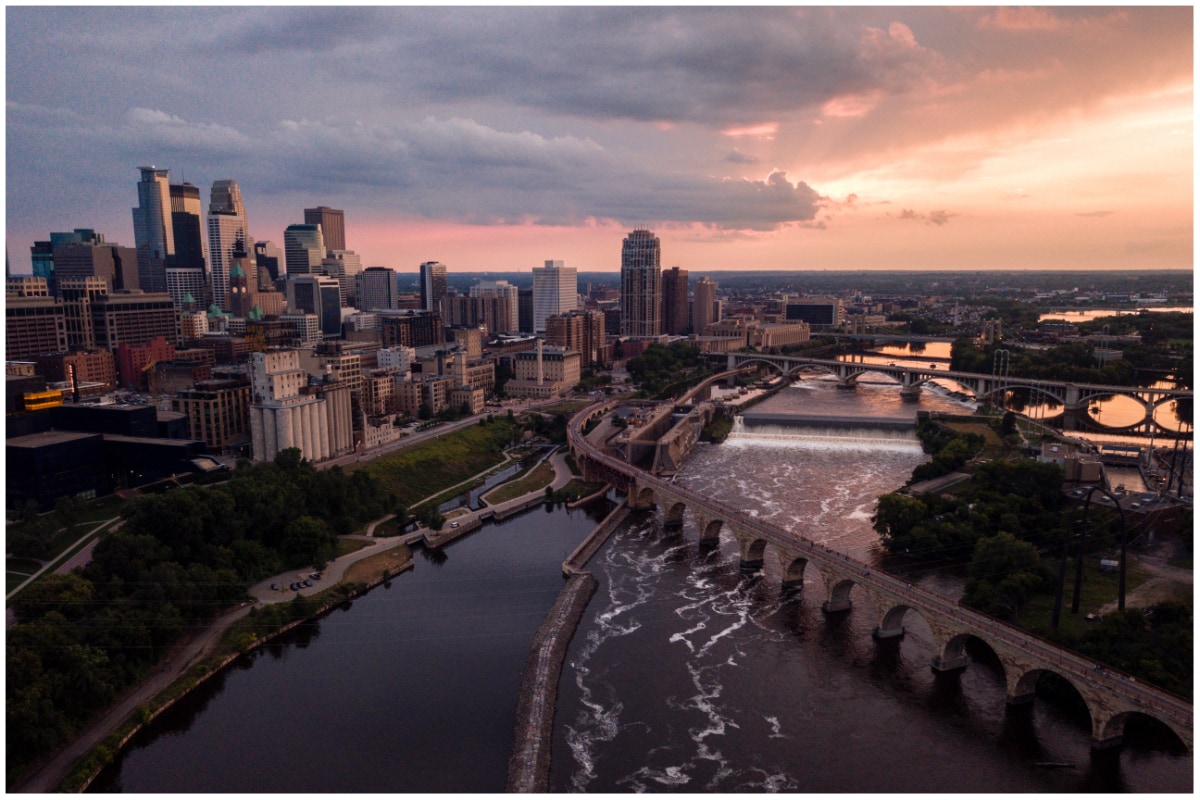 Pros of living in Minneapolis

It’s a tale of two cities. Minneapolis — nicknamed the “Mini Apple” because it packs a cultural punch despite its modest size — has distinctive neighborhoods that offer true community, including quirky Dinkytown and laid-back Uptown. Minneapolis borders St. Paul, the state capital. Its vibe is totally different: Think beautiful river walks and historic Summit Avenue, which features hundreds of Victorian-era homes.

Both cities are home to many museums, including Walker Art Center with its famous Sculpture Garden, and Mill City Museum, built inside the ruins of a historic flour mill. The Twin Cities also boast a thriving live music scene, including the newly renovated Target Center, Orchestra Hall, and lots of smaller venues like First Ave, made famous by Prince and Lizzo. If you prefer drama, choose from the riverside Guthrie, the Fitzgerald of A Prairie Home Companion fame, Chanhassen Dinner Theater (where Amy Adams got her start), and many more. Want to grab a bite before the show? With the metro area’s ethnically diverse population comes a multicultural smorgasbord of authentic cuisine from around the world. Owamni by the Sioux Chef won best new restaurant of 2022. For drinks afterward, scope out the hopping craft brewery (and winery and distillery) scene.

3. Experience all the seasons

Minnesota is known for cold, but it also has hot summers, gorgeous autumns, and celebratory springs when locals bust out shorts and flip-flops prematurely. These warmer months bring tons of watery fun and lakeside dining. (“Land of 10,000 Lakes” is misleading: there are more than 14,000!) The metro area offers many trails and parks. And because residents know the warmth won’t last, they take advantage of it with Aquatennial, the State Fair (second largest in the country), and dozens of other spring and summer events.

Minnesotans don’t hibernate in the winter, either. You won’t encounter any difficulties enjoying your favorite winter sport, whether it’s ice skating, ice fishing, snowshoeing, snowmobiling, cross-country skiing, downhill skiing, or snowboarding. No wonder Minneapolis is the healthiest city in the U.S. Of course, it wouldn’t be Minnesota without hockey; if you don’t want to hit the ice yourself, it’s easy to attend an amateur game. Would you rather eat and drink your way through winter? The Twin Cities have outdoor festivals for that, too.

4. Root for the home teams

Is Minneapolis a good place to live for sports fans? Absolutely – the Twin Cities have a boatload of pro sports teams you can cheer on year-round. In the summer, catch a Twins game at Target Field or a minor league St. Paul Saints game. Fall is for football at ship-shaped U.S. Bank Stadium. Skol, Vikes! Heading into winter, check out the Timberwolves or watch the Wild get fierce on the rink. And if you’re a soccer fan, you know Minnesota United FC joined the MLS in 2017 and plays its home games in St. Paul.

The Twin Cities also have great infrastructure, featuring well-designed highways, an award-winning international airport, and a downtown skyway system that lets you explore 80 city blocks without stepping foot outside. People come from all over for top-quality health care at the Mayo Clinic and for jobs at Target, UnitedHealthcare, 3M, General Mills, and other Fortune 500 companies. The metro area is also full of parks, nature, and kid-friendly activities like the awesome Children’s and Science Museums, the free Como Zoo, and the Children’s Theater Company.

Cons of living in Minneapolis

While searching for Minneapolis homes for sale, remember that with great infrastructure comes higher taxes. Minnesota’s income and sales taxes are some of the highest in the country, and property taxes rank in the top half of all states.

Make sure to budget for heating your home. It’s typical to have snow on the ground seven months of the year, with average winter temperatures in the teens and 20s, sometimes dipping to 30 below with the windchill. Don’t worry: it takes a lot to close schools here. Winter days are shorter, so it gets light later in the morning and dark fairly early. But you don’t have regular hurricanes, earthquakes, or wildfires to worry about. If you’ve never heard this term, don’t get it twisted. Residents are very friendly on the surface, but getting past friendly into actual friend territory can be another matter. Many people have lived here a long time and have set social circles that can be hard to crack your way into. You’ll know you’re in once you start hearing the dirt over hotdish at a potluck.

You can find high-quality fresh seafood here but be ready to pay a premium. Because Minneapolis is located smack dab in the middle of North America, fish tends to be the freshwater variety.

Commuting downtown via public transportation is doable, but if you want to travel from suburb to suburb or head farther out, you’ll need a vehicle. Plus, winter weather brings traffic delays, and newcomers should beware of strict city parking rules.

Think driving’s a cinch once the snow melts? Think again. Some say Minnesota has two seasons: winter and road construction. MnDOT is a commuter’s best friend, but you may opt to skip the commute altogether. The metro area has excellent broadband capability for working remotely. Either way, traffic and parking are decidedly more manageable than in Chicago (which is only a 6.5-hour drive away), for example.

Is Minneapolis a good place to live: the bottom line

Living in Minneapolis may not be for the faint of heart, but the metro area provides the best of all worlds: wonderful schools and neighborhoods, urban amenities, and easy getaways outside the city. Just make sure to pack for every season.

The post Is Minneapolis a Good Place to Live? 10 Pros and Cons of Calling the Twin Cities Home appeared first on Redfin | Real Estate Tips for Home Buying, Selling & More.

What Is a Split-Level House? All About This Mid-Century Style

6 Modern Mansions That Will Make Your Jaw Drop

San Jose Home Prices Down 8% From Last Year, Falling for First Time Since 2012