DMX is a rapper. But his sordid real estate saga sounds more like the blues.

The 48-year-old, who was born Earl Simmons, appears to be close to a sale of his home in Mount Kisco, NY, in a short sale. The home’s status is currently listed as pending sale. The home’s owner is listed as ET Properties 1 LLC—a corporate entity linked to the rapper.

The four-bedroom, four-bathroom abode contains 3,600 square feet and is described in the listing details as a “diamond in the rough.”

The gravel-voiced Ruff Ryder picked up the property at the height of his powers in 2000 and paid $649,000. While Mount Kisco doesn’t have the same hip-hop cachet as Queensbridge, Westchester County has spawned its fair share of rap legends.

Located about an hour outside Manhattan, the enclave in northern Westchester has attracted urbanites who appreciate that the village is “affordable, walkable, and multicultural,” as the New York Times put it. 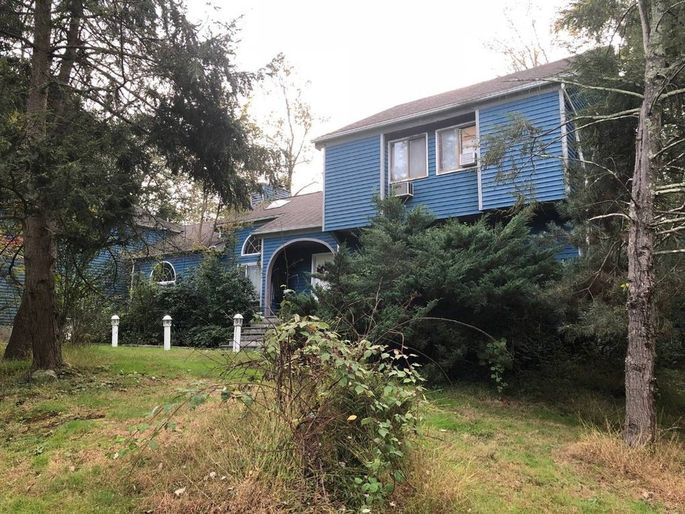 We’re not sure if those neighborly attributes steered the rapper to this residence, but we do know legal troubles began to plague DMX in the early 2000s. After falling behind in his mortgage payments, he almost lost his home to foreclosure at least twice.

The bank filed a lawsuit against DMX and his wife, but DMX managed to pay back the $250,000 loan in full in 2014, fending off creditors.

But that respite appears to have been short-lived. In 2016, the musician filed for bankruptcy, on the grounds that he was drowning in debt. He claimed to owe $2 million to creditors and listed his Mount Kisco home as one of his assets. He reportedly hoped to save the home from foreclosure.

But the legal troubles continued. In 2017, the rapper pleaded guilty to not paying $1.7 million in taxes. Placing the home on the market is likely to help pay off the debt he owes the IRS.

By the way, this isn’t the first time DMX has run into problems with a property, after a long saga with a Harlem town house he purchased in 2001 for $750,000. The Yonkers native ran into a myriad of issues during an attempted renovation that turned into a money pit. He eventually put the place on the market for $1.9 million in 2006.

But with no buyers, the Harlem home showed up at auction in 2008. The partially renovated building reportedly sold for a shockingly low $120,000, plus money owed on the mortgage and tax liens, over $400,000. Another not very happy ending.