The former host of “Love Connection,” Chuck Woolery, hopes a buyer will swoon for his lakeside home in Texas.

On the market for $939,000, the home is located about an hour northwest of Austin, in the small community of Horseshoe Bay. Situated just off the Colorado River, the home has a private dock out back that allows a boater to set sail for the waters of Lake Lyndon B. Johnson—a reservoir along the river.

The longtime game show host was tapped to film an infomercial for the then-buildable bay-front lots back in 2004. According to an article in the Austin Statesman, Woolery fell in love with the location and wound up being the first customer in this community.

Construction on his three-bedroom, 2,694-square-foot waterfront home was started in 2004 and finished two years later.

As you enter the foyer, you can see right into the kitchen, dining, and living areas. The kitchen is well-equipped with two ovens and plenty of cabinetry for storage. It flows right into the adjacent living area, focused on a fireplace with a wooden cabinet on each side.

An owner has the option of choosing between two master bedrooms. The master on the upper level features a balcony with views of the channel out back.

Both master suites include private bathrooms and walk-in closets. Listing details note that the home has been fixed up, and that recent renovations “include new tile on the deck, new decking underneath, and professionally cleaned kitchen tile.”

The outdoor patio is a perfect spot to enjoy an evening under the stars, while watching fellow boaters pass through the channel. Woolery and his wife have already vacated the property, so a buyer can move right in.

Woolery, 79, was the original host of Wheel of Fortune, from 1975 to 1981. He’s best remembered as the matchmaking host of “Love Connection,” which ran from 1983 to 1994. He’s also hosted the game shows “Scrabble,” “Greed,” and “Lingo.” He’s an active conservative voice on Twitter and co-hosts a podcast called “Blunt Force Truth.”

The home is represented by Kay Lowe with Horseshoe Bay Resort Realty. 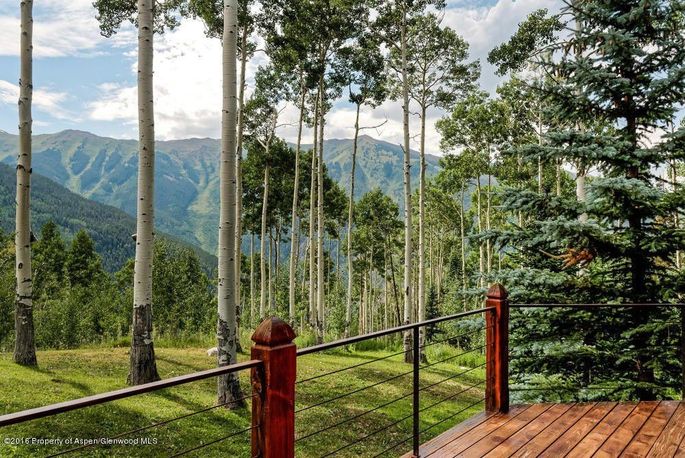 Melanie Griffith Parts With Her Luxe Aspen Retreat for $4M