8 Most Affordable Louisville Suburbs to Live In

8 Most Affordable Louisville Suburbs to Live In

Louisville, KY, has risen in popularity for those looking to rent or buy a home in the South. Home to the iconic Kentucky Derby, Kentucky bourbon, and the birthplace of the Louisville slugger, there’s always something to check out in the city. If you’re planning to buy a home in Louisville, you’ll find that the median home sale price is $260,800 and the housing market is very competitive. And if you’re considering renting an apartment in Louisville, the average rent price for a two-bedroom apartment is $1,230.

If those prices are out of your budget, don’t worry, we’ve got options to help you find a home. We’ve compiled a list of the 8 best affordable Louisville suburbs to consider moving to. And they’re all less than 45 minutes away from the city. That way, you’ll be close enough to explore all of the city’s best activities, without paying the price of living in Louisville. Shively comes in as the second best affordable suburb in Louisville. The same distance from Louisville as West Buechel, you can visit the Kentucky Derby Museum in no time. Living in Shively, make sure to explore the Altitude Trampoline Park, visit the Stitzel-Weller Distillery, a whiskey distillery dating back to the 1930s, or grab a bite to eat at one of the local restaurants.

Just 10 minutes away in Indiana, you’ll find the Louisville suburb of New Albany. With a population of about 37,000, there are plenty of cool areas to explore in New Albany. If you find yourself moving here, make sure to visit the beautiful Ohio River riverfront or Loop Island Wetlands. You can also check out historical sites like the Culbertson Mansion or the Carnegie Center for Art & History. 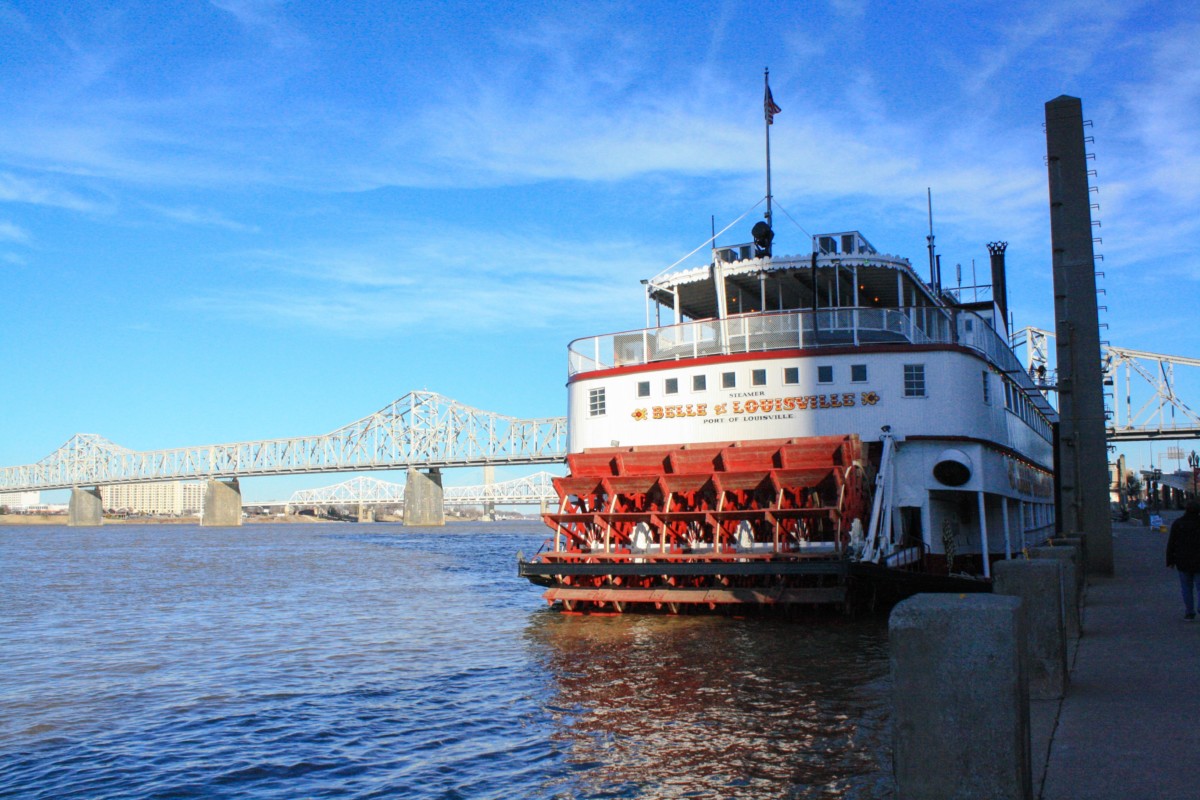 A little more expensive than New Albany is none other than Simpsonville. With a population close to 3,000, there’s still plenty to do in this Louisville suburb. Plan to spend the day visiting one of the local parks and museums or playing a round of golf at one of the golf courses.

Drive 10 minutes outside of Louisville and you’ll find the suburb of Clarksville, another great area to add to your list. Home to 22,000 residents, this affordable town can be a great choice for people looking to remain close to Louisville without paying the price for a home in the city. In Clarksville, you’ll find Kopp’s Lakes, Falls of the Ohio State Park, and George Rogers Clark Homesite.

Another well-known Louisville suburb is Bardstown, where you’ll find the home prices are about $40K less than in Louisville. Home to roughly 13,000 people, Bardstown is a great suburb to consider moving to, especially if you’re wanting to stay in Kentucky. With the My Old Kentucky Home State Park, museums like the Women’s Civil War Museum, and historic distilleries like Barton 1792 Distillery there are countless things that make Bardstown unique. Claiming the seventh spot on our list of affordable Louisville suburbs is Lyndon, which is almost an 18-minute drive into the city center. With a population of close to 11,500, living in Lyndon is a great alternative to the hustle and bustle of Louisville. Don’t miss out on visiting the Lyndon Recreation Center for a swim or to play some basketball.

Last but not least on our list of most affordable Louisville suburbs is Watterson Park. This affordable suburb is home to roughly 1,000 residents, so you’ll have a mere fraction of Louisville’s population while remaining only 15 minutes from the city. Once moving to Watterson Park, you can go hiking, fishing, and or horseback riding.

Top 5 Reasons to Move to Kentucky

8 Ways to Find Out Who Owns a Property

Ultimate Checklist for Buying a House

10 Most Affordable Denver Suburbs to Live In